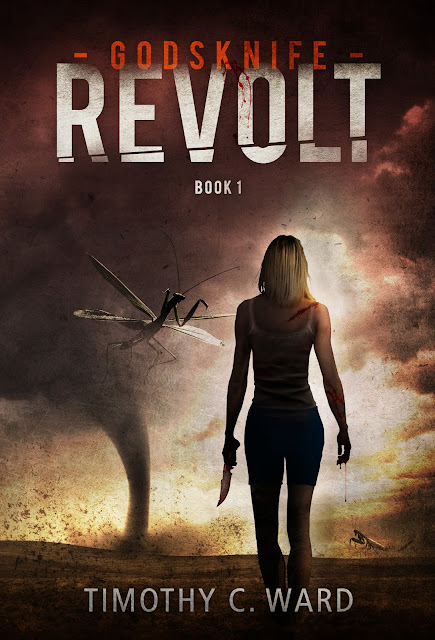 Liz switched lanes. A car horn’s blare and the swerving of a red car out of her new lane jolted her heart into overdrive. She depressed the gas and coasted farther down I-35. Her back seat was packed too high with bags and pillows to see if the driver behind her was giving her the bird.

She chuckled. Feel free. She was kind of in a fighting mood.

She was too angry to listen to music, choosing instead the rumbling of thunder in the dark clouds blanketing the city.

When that lets loose, it is going to pour.

Brake lights beaded the condensing traffic a quarter mile down the northern stretch of I-35, congesting over the bridge past the 2nd Street exit.

“Ugh. Not an accident. I don’t have time for this.”

If John were with her—she hadn’t left room on the passenger seat for that possibility; that ship had sailed—he would talk about how rubberneckers slowed the effectiveness of emergency workers to reach those in need.

How did I fall so hard for such a pessimist?

Maybe it was how his dark view of everyone else juxtaposed with his bright view of her worth and beauty. She was the angel that made his life worth living.

Until he needed a drink.

In his eyes, alcohol stood half a foot taller than her. He knew it, too. During their eight months together, they’d been on cloud nine for the first two, maybe three, but after that, she’d caught him drunk in his office when he’d canceled their date to “catch up on work.”

I should have gone with my gut then and saved myself the heartache.

Out of the clouds came bright green bugs the size of tall people—hundreds, maybe a thousand. What she thought was thunder was the beating of their wings as the rumbling let loose into an ear-throbbing, chest-pumping chorus.

Liz slammed her brake to the floor. Beginning a fishtail, she corrected the turn.

The predatory insects swooped down at cars and sliced through, splattering blood inside the windows.

Get off the freeway!

She spun her wheel and car into the exit lane. Her rear passenger side hit something, shaking her car, but she managed to keep her tires and car on the road, and sped for the stop light below the right side of the bridge. A horn droned on behind her as she slowed toward the halted traffic.

People opened their doors and fled from their cars.

She slammed on her brakes again, cut onto the berm, and then back into her lane, approaching the red light. A highway patrol car sped to the intersection as waves of green things arced toward houses half-covered by treetops.

The scene reminded her of video of when Colombian soldiers descended on Miami. Even while the fighter jets shot at buildings, they dropped troops into the suburbs. If this attack was international, it was more likely Russia.

An alerted ambulance sped down 2nd Street from farther down the south side, swerving around traffic that failed to yield. Neither it nor the highway patrol cars used their lights or sirens.

Serrrrrack! screeched a green thing as it swooped out of its rank on the other side of the bridge. The bugs looked like giant praying mantises.

Who would do that? Is it a who?

2nd Street traffic stopped for the line of deputy cruisers. One stayed behind at the on-ramp to I-35.

“The freeway is closed,” spoke the deputy over his intercom. “Use alternate means to get to your homes, and lock yourselves inside!”

I don’t think locks are going to do much to these things.

Another wicked mantis crashed through a car’s roof and splattered what was inside onto the windows.

The screams of survivors barely broke past the thump-thump-thump of the bug’s powerful wings.

The deputy got out of his car, went to his trunk, and with shotgun in one hand and bulletproof vest tight over his chest, walked to the intersection. He held his hand out to the honking pickup truck and waved vehicles in Liz’s lane to turn left under the bridge.

She had no idea where left would take her, but she was anxious to get away from the freeway, so she sped by. The man in the truck cursed the officer and inched forward, scaring Liz that he’d try ramming her.

The deputy cocked his shotgun and aimed it at the driver.

Liz drove down a somewhat empty northbound lane, leaving them behind as reds and blues swirled atop service vehicles speeding down the middle of the southbound lane.

Serrrrrrack! Serrrrrrrack! Two of the mantises flew over her car toward the line of service vehicles. A hundred more continued to dump out of an invisible rift in the clouds.

Police rolled down their car windows and stuck pistols out, firing on the invaders.

Liz floored it as their shots struck the bugs, but simple math said they would be overrun in seconds, and she didn’t want to stick around to watch. John should have been here with her, helping protect her, and it made her angry that he wasn’t.

You’re the worthless drunk. It’s not fair that you’re safe because of a damn hangover.


Who wants more? Count this girl in!!

Preorder Godsknife: Revolt (Kindle or Print) at the sale price and send him an email at tim@timothycward.com to request two of his Kindle ebooks, free!
Sign up for his newsletter for news, sales, giveaways and more: http://www.timothycward.com/newsletter/.

Bio:
Timothy C. Ward is a Hugo nominated producer for Adventures in SciFi Publishing, who has been lost, broke and surfed with sharks on the other side of the world. He now dreams of greater adventures from his keyboard in Des Moines, Iowa. This summer he released two novels: his second Sand Divers book, Scavenger: A.I., where two parents use an ancient technology to fight a reproducing A.I. while trying to resurrect their deceased infant; and Godsknife: Revolt, an apocalyptic battle for godhood in the rift between Iowa and the Abyss.