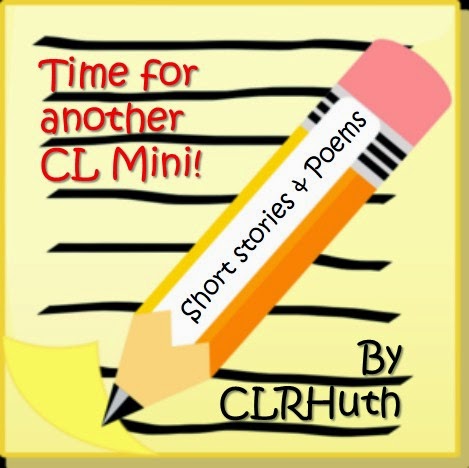 Another contest entry on fanstory.com! Let's see how this one goes. The prompt for this was simply that I had to begin the story with 'Hell found me'. I hope you enjoy my twist.

Hell found me.  I released one long shuddering breath. It was the eve before Samhain, and I was face down at the bottom of a ditch on the outskirts of town.

'Hell', I like that, little one. All that black fur and glowing amber eyes. The breath was atrocious and the maw filled with nasty looking teeth, but the whole beast was beautiful. I saw my hand reaching out before I realized what I was doing.
You stood, little one. You are Chosen. Your people are… His eyes darted, and screaming erupted from behind me.
I turned again to see the Howlers attacking my Fae, turning them towards the hellhounds. “No! Ethan!”
“You’re such a dumb bitch,” he answered from my right. He swung a metal pipe, and I met him with both blades. The crash rang up my arms, and I lost hold of one knife. He swung again, and I caught it, this time with a nauseating crack of my forearm. I dropped to the ground in a fit of pain.
“Did you think I chose this place on accident?” he seethed, as he brought the pipe down again. “Like I didn’t know what would happen if I brought so many sacrifices to a hellmouth? The power I'd receive?”
The blow caught my back, forced me to the ground. “They’re your people, too! How could you do this to them?”
“Because I’m not a damn bleeding heart like you!” he accentuating each word with a kick into my torso.
I slashed at him with my knife, but he laughed and reached down to wrench it from my hand, tossing it aside. And then he kicked me into the ditch.


My head hit the ground, and darkness swallowed me whole.
*****
Bodies lay strewn across the empty lot. I sought out our colors, purple and black, and found none. I didn't even see Howlers.How was that possible?
You stood, little one, Hell whispered in my head. Your people are safe.
The wall of darkness on the far side of the field--the other hellhounds--parted to reveal the kids, eyes wide and uncertain, until they caught sight of me, and they whooped and hollered as they raced across the lot to meet me.
I stepped forward and stopped. “What of Ethan?”
The hellhound sighed. He opened the hellmouth. The only way to close it is with blood. So we took his offering. He motioned to another group of hounds, and as the first of the kids reached me, I saw Ethan, bloody and pale, hanging from a giant maw.
“Dead?”
Hell harumphed. No, but ready to travel. You are Chosen. When you need me, little one, call me. I will come. He nudged me gently, and trotted over to his pack.The ground shuddered again, swallowing them all in darkness.


The kids cheered, but I couldn't shake the feeling that this was just the opening act of a new nightmare. I shook my head.

Posted by CL Roberts-Huth, Author at 2:00 AM